Come As You Are! – A Pride Art Exhibition – Opening Reception 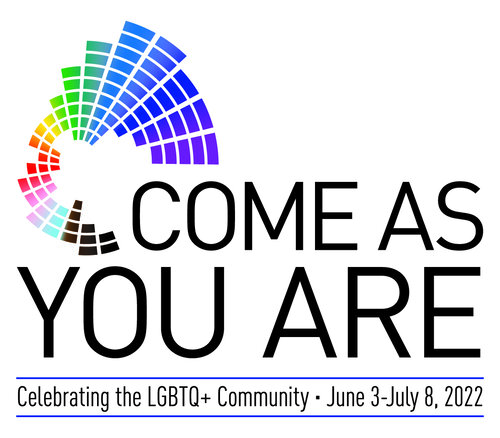 Come As You Are! – A Pride Exhibition Celebrating the LGBTQ+ Community
and 50 years of the Twin Cities Pride Festival

The City of Bloomington’s Human Rights Commission, Artistry, Twin Cities Pride, and other community partners have teamed up to produce, Come as You Are!, a Pride art exhibition celebrating the LGBTQ+ community and the 50th Anniversary of the Twin Cities Pride Festival. The exhibit is a collection of artworks by emerging and established Minnesota artists selected by a curatorial review panel made up of community members, artists, and arts administrators.

ABOUT THE EXHIBITION
Come as You Are! is a visual art exhibition that celebrates the LGBTQ+ community and will be held in the Inez Greenberg Gallery located in the Bloomington Center for the Arts. The exhibit organizers hope the exhibition helps to highlight the achievements of the Twin Cities Pride Festival, which celebrates its 50th year in 2022, as well as the artistic talents of Minnesota’s LGBTQ+ community. Through the exhibition theme, Come as You Are!, the exhibit will also affirm the City of Bloomington and Artistry’s belief that an inclusive, welcoming, and creative community benefits us all, regardless of sexual orientation/identity, ethnicity, gender, or race; One Bloomington.