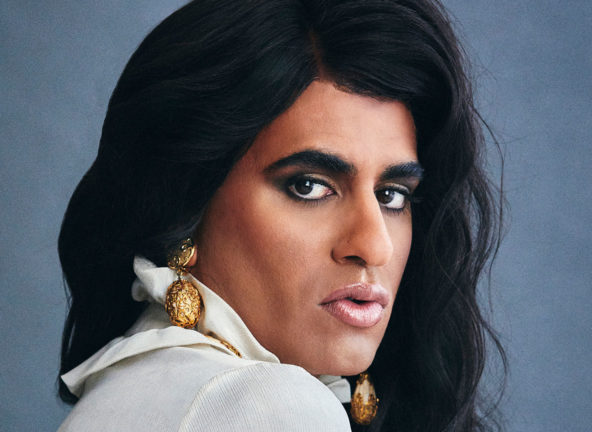 Alok Vaid-Menon (they/them) is an internationally acclaimed performance artist whose work explores themes of trauma, belonging, and the human condition. In 2021 they headlined the New York Comedy Festival and in 2022 they will be headlining the Just for Laughs Festival in Vancouver. They are the author of “Beyond the Gender Binary” (2020) which has been described as a “clarion call for a new approach to gender in the 21st century” and the poetry books “Femme in Public” (2017) and “Your Wound / My Garden” (2021). On screen, they will next shoot the Netflix/Blumhouse feature film ABSOLUTE DOMINION. They have also appeared in the Netflix docu-series Getting Curious with Jonathan Van Ness, HBO’s late-night sketch series Random Acts of Flyness and the documentary “The Trans List”.